My first batch of English Archers for my Hundred Years War English Army that I am building specifically to recreate the English Army of Agincourt. The bases comprise Corvus Belli (Old metal figures), Donnington NE, Khurasan, with Peter Pig Stakes. There’s also some figures from a manufacturer I can’t recall included on the Stake bases. Anyone know who the manufacturer is?

I’m really pleased with the mix of figures and how they all worked together. Initially I had reservations about how they would look mixed on the same base as some of the Khurasan figures seemed larger than their Corvus Belli and Donnington counterparts, but I am very happy with the end results. They all share the same look and feel which helped.

I’ve got some more Donnington, and Khurasan archers and knights waiting in the wings to be painted and I’ve ordered the newly rereleased Corvus Belli/Ultracast English starter army, and will be working through the rest of the army in future posts. I only bought a few packs of the metal Corvus belli figures before they went out of production, so am pretty excited by their rerelease. Never painted 15mm plastic figures though, so we’ll see how that works out.

The command base is depicting Sir Thomas Erpingham. I tried to emulate the figure and paint job from one of Osprey’s HYW books, and think he looks the part. Interestingly he was born in my home town of Norwich in the UK, and is buried in the Norwich Cathedral grounds. Nice to see a local lad do well. 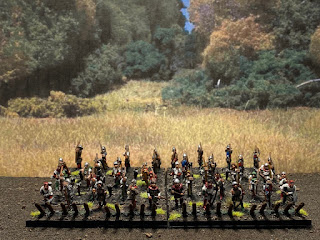 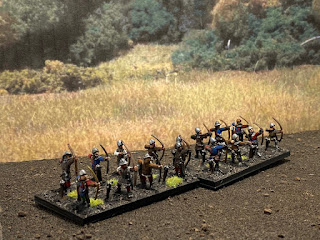 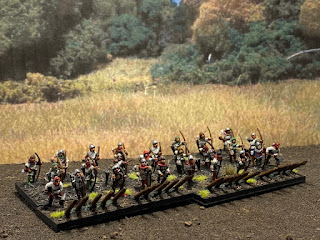 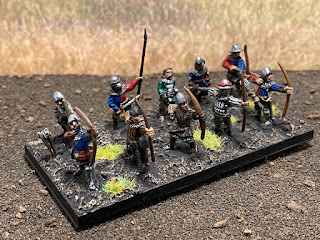 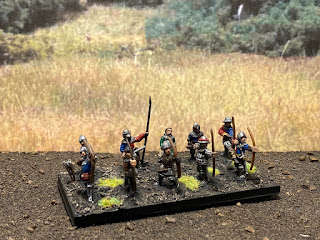 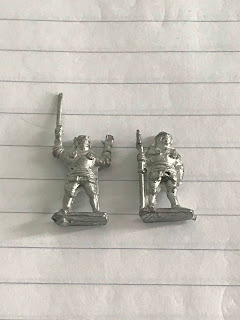 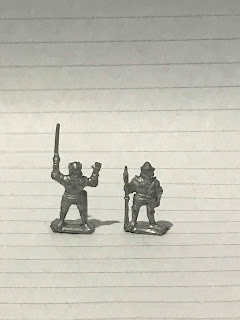 This post is literally Years in the making. I started this project in 2010 and have finally got round to completing it to some degree this weekend. Like many projects, every time I thought I was closing in on completion, i'd find another manufacturer I hadn't heard of and I'd end up with more unpainted metal to the pile. Still a poor excuse really as they're 15mm!

It was actually a TMP member "HarryHotspurEsq" that reignit interest in this project back in 2013 and it still took another 5 years of procrastination to complete, but finally I'm more or less done. I'll have to rebase the original gladiators I painted to suit the magnetic hex bases I opted for in the end, but other than that and unless someone else has brought out new 15mm gladiator sculpts or I've some how missed a manufacturer, that's it.

I downloaded a set of rules by war games vault years ago so will have to dig out the link, print them out, buy a pre printed mat to use for games and away we go. Finally. Haha

Being the glutten for punishment I am, I had thought  of getting some 15mm beasts for the set, but we'll see... 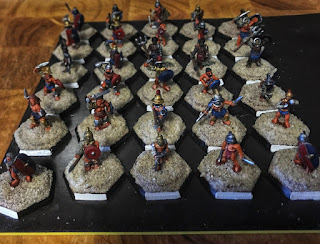 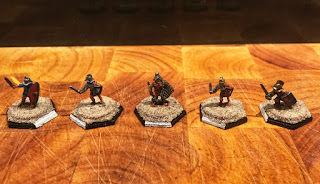 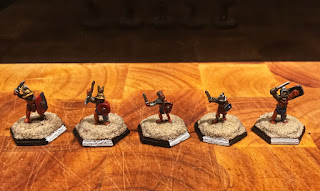 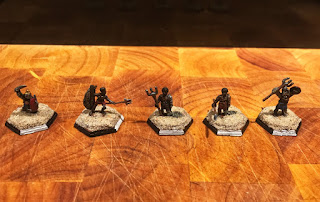 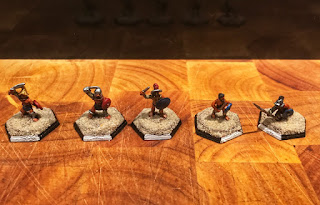 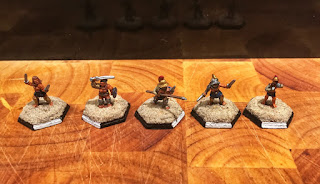 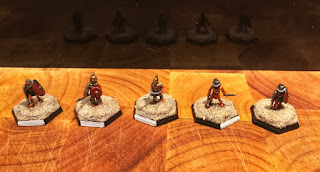 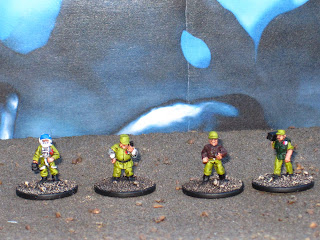 Bought this pack simply for the pilot figure which I think is the best 15mm offering on the market. Will be using him as a dropship pilot in my USMC army. I decided to use a couple of the other figures for characters in the army as well.

I did a head swop to one of the figures using GZG's heads; now I think two of the figures will be well suited to the role of general in "the beloved corps". The final figure I will use as the dropships crew chief. 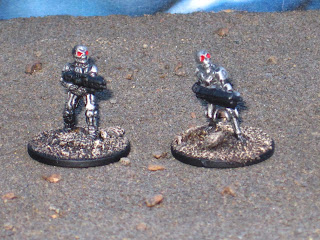 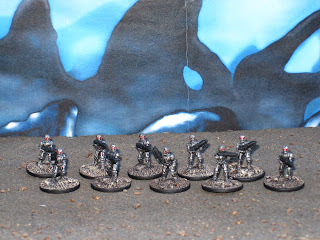 Pictured are my recently painted Battle bots squad from The Scene. Came across them when I discovered the US Special forces set; they produce and thought they would make a good addition to my Terminator army and would go well alongside the Alternative Armies Automatons I have.

I have also included a comparison image of The Battle bots and Automatons together.

Painted US Special Forces - The Scene 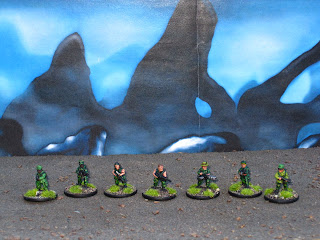 As soon as I saw these guys I had to have them. They really capture the look and feel of the characters in the Predator movie in every aspect and look great in 15mm. Looking forward to using them in some cool scenarios. 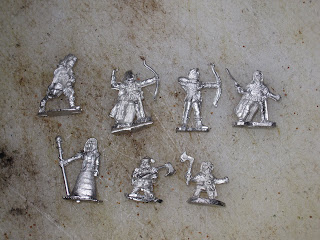 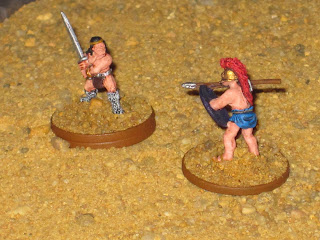 One pic to share of my painted 15mm Conan proxy for use with my 15mm gladiators (There are more pictures in a previous post if you're interested).

The figure is from Majister Militums fantasy range. He came up quite puny next to the 15mm Gladiators I had already, so I mounted him on an extra penny to compensate for the height difference.


Really like the figure and great addition to my Gladiator school. Just have a few final figures left to paint then I will be buying some 15mm animals to add to the collection.

As an after thought and question from a TMP member I thought I would include a pic of the rest of the Majister Militum fantasy pack.
Thanks for looking, comments welcomed.
Regards 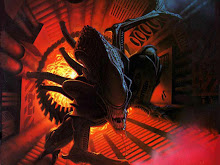